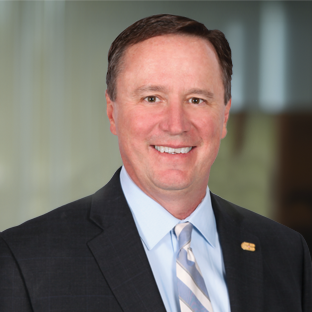 David Brager was selected to be Chief Executive Officer of Citizens Business Bank in March 2020. CVB Financial Corp. (“CVBF”), the holding company for Citizens Business Bank, is one of the 10 largest bank holding companies headquartered in California with over $16 billion in assets. CVBF trades on the NASDAQ stock exchange under the symbol ‘CVBF’. The Bank is consistently recognized as one of the top performing banks in the nation. The Bank has made money in 183 consecutive quarters and paid a cash dividend in 133 consecutive quarters. CVBF was ranked as one of the “Top 4 Banks in America” for four consecutive years according to Forbes’ Best Banks in America 2022.

David’s professional career incorporates over 35 years of banking experience with an extensive background in management, commercial lending, business planning, sales, and operations. Prior to his promotion to CEO, David served as Executive Vice President of the Sales Division, overseeing all Business Financial Centers across the Bank’s footprint in California. He joined the Bank in 2003 as Manager of the Fresno Business Financial Center before becoming Senior Vice President and Regional Manager of the Central Valley Region. David is also on the Board of Directors for the Pacific Bankers Management Institute and the Western Bankers Association. He earned a Bachelor of Science in Business Administration from California State University, Fresno. He also graduated from Pacific Coast Banking School, which is in partnership with the University of Washington Graduate School of Business.